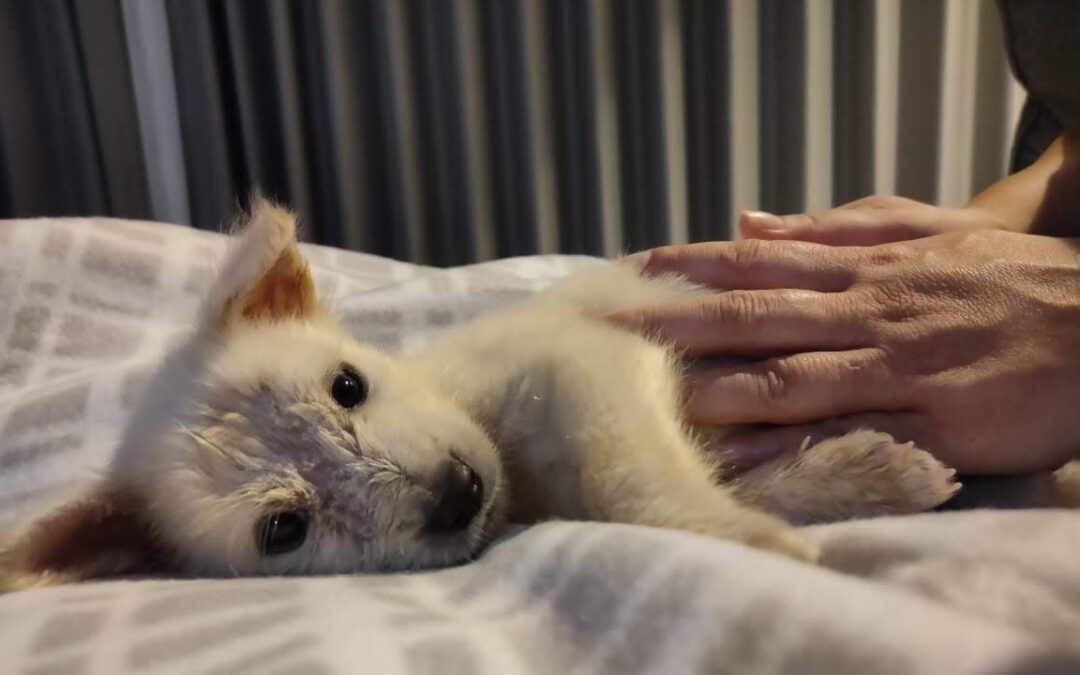 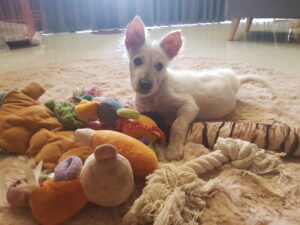 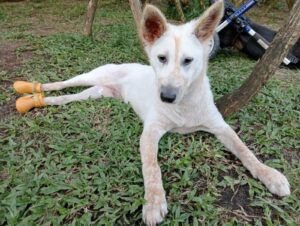 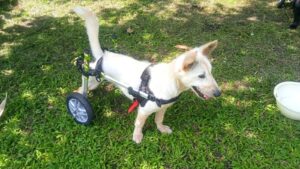 Not Available for Adoption

Nugget was brought to Alison’s attention at a very difficult time where she was dealing with another puppy who was diagnosed with Parvo virus (puppy survived).  She was reluctant to bring Nugget in because he was only at 6 weeks old & at high risk of being affected by the virus.

It would be that a week later, Nugget came to Alison again after doing the rounds to an international level.  The plan was for Nugget to transport to Vietnam once he was old enough.  Alison couldn’t allow that to happen so took Nugget under her care.

Nugget was diagnosed with congenital birth defects in his back legs as well as the back end of his spine, neurological issues affecting his motoring skills, chronic nutrient deficiencies & low immune defences.

It took months of holistic treatments, trial & error from Alison & Nugget going up & down like a roller coaster before finally pinpointing everything Nugget needed to allow him to grow into the big, healthy, happy boy that he is today.

At 6 months old, Nugget is growing at a fast pace & we’re waiting to see whether he’s going to be medium or large sized.

While Nugget isn’t available for adoption, if the right opportunity ever presented itself, Alison would consider allowing Nugget to go to his furever home.  While he’s a complicated case, if his food, nutrient & exercise routine were followed, he’s actually not that complicated.