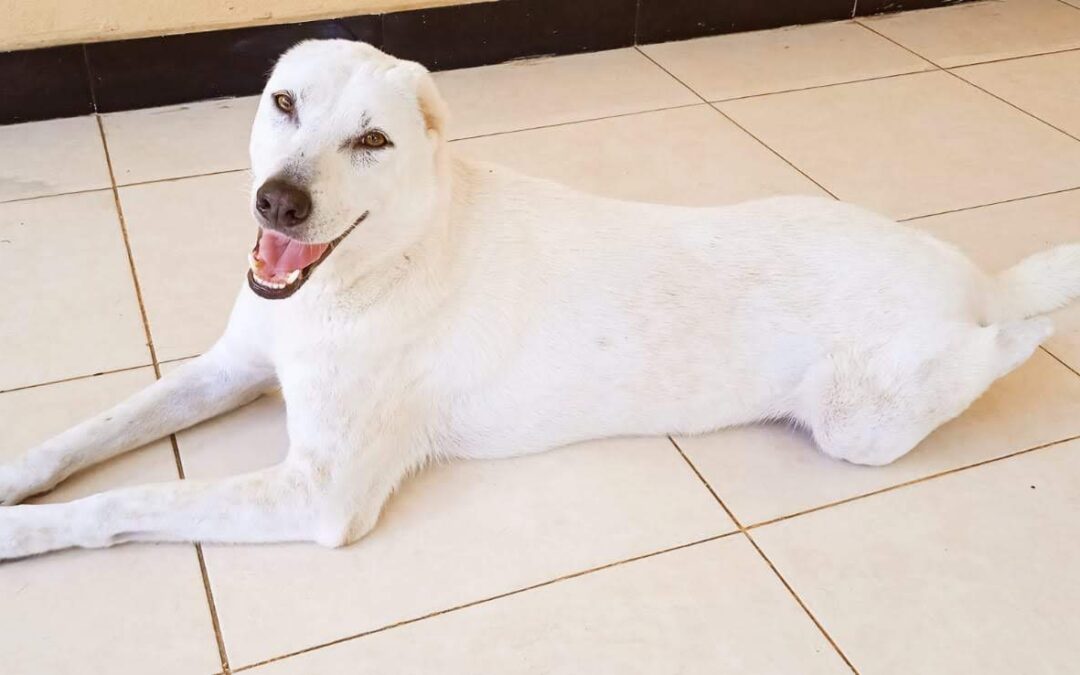 Kelby was first brought to Alison’s attention from her best friend who sighted this poor guy in the morning.

She had organized to meet but because her friend was running late, she decided to see if she could find him by herself & sure enough she did.  She saw Kelby running up the street, his ears bloodied.  At first she didn’t realize his ears were missing until she got out of the car & cornered him in the drive of his home which was a devastating sight.  He was afraid & in so much pain & when Alison found out where he lived, she immediately called her friend to come & help because she could see Kelby was seriously flighty & if he escaped down the back, there was no way to getting him there & then.

After discovering Kelby had owners, she asked what happened to his ears & the response was:

“We cut his ears because they were full of ticks”

Alison was shocked by the answer however, as usual, her only focus was the dog & so she informed them what they did was wrong & she was confiscating the dog from them.

Kelby made a quick & good recovery & of course had blood parasites. Today we’re sure he has no memory of what happened to him & lives a happy life.  Kelby was supposed to be adopted overseas however when the time arrived, he was seriously let down & Alison decided to cancel the adoption.

Kelby now lives happily with his “girlfriend: Lesi at our Paws For Change senior safe house because the environment is more suitable & calming for him. He’s extremely happy there & we hope one day, he’ll find that perfect home.