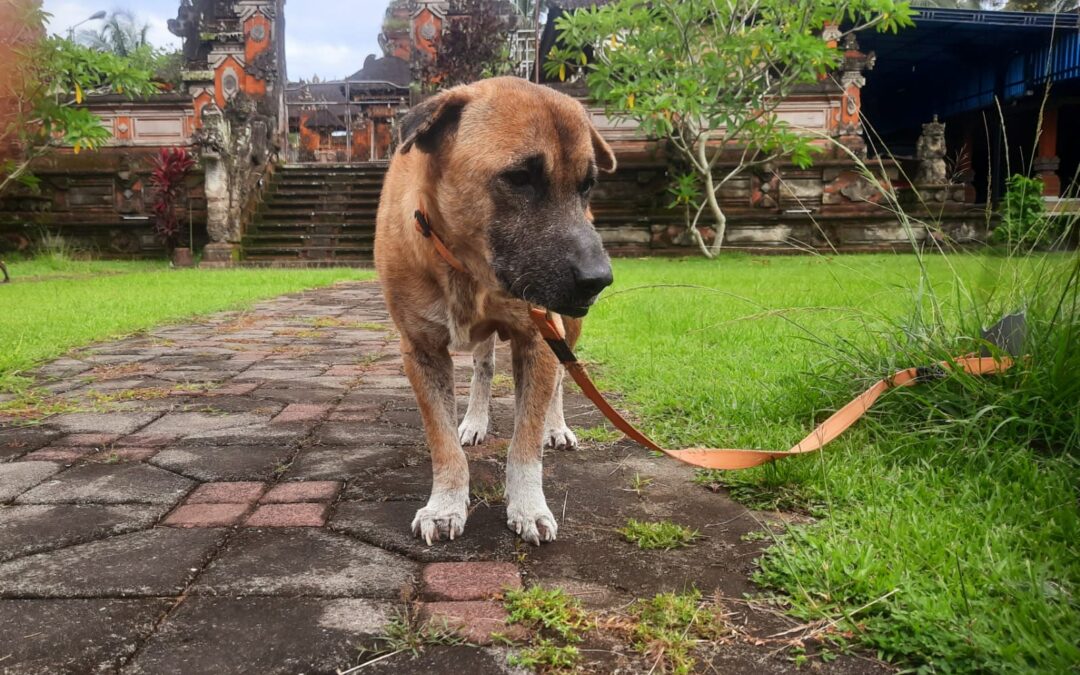 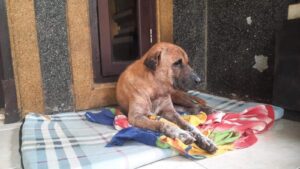 Would suit a retirement home that prefers to potter around the garden with not much action going on. Suits a quiet retired life.

Brenner was found hairless with wounds covering his body.  He was also only walking on three legs with his fourth back right leg just dangling as if it was lifeless.

Alison was told his history is one of an original street dog (however Alison believes like many maile Bali Dogs, he once had an owner & was discarded when he fell sick).  Brenner  was an old street dog who would scrap with the younger street dogs if they came into his territory. Alison believes it wasn’t necessarily Brenner who started the street fights however, he was the one that always ended up injured.

On rescue, Brenner was suffering from two types of blood parasites, chronic Demodex & Scabies mange as well as hip dysplasia.  It wasn’t known at the time how long Brenner suffered like this however, once he had his surgery was ready to continue his rehab & completed his isolated post surgery rest at our senior safe house, Brenner was on a vigorous physio therapy schedule everyday.  His muscles had shortened due to the lack of use of his leg.  It wasn’t until two months later, Brenner regained full function of his leg again & became a wholesome & happy senior boy.

While Brenner recovered from his chronic skin issues, he requires life long maintenance to ensure his skin & hair remains healthy.