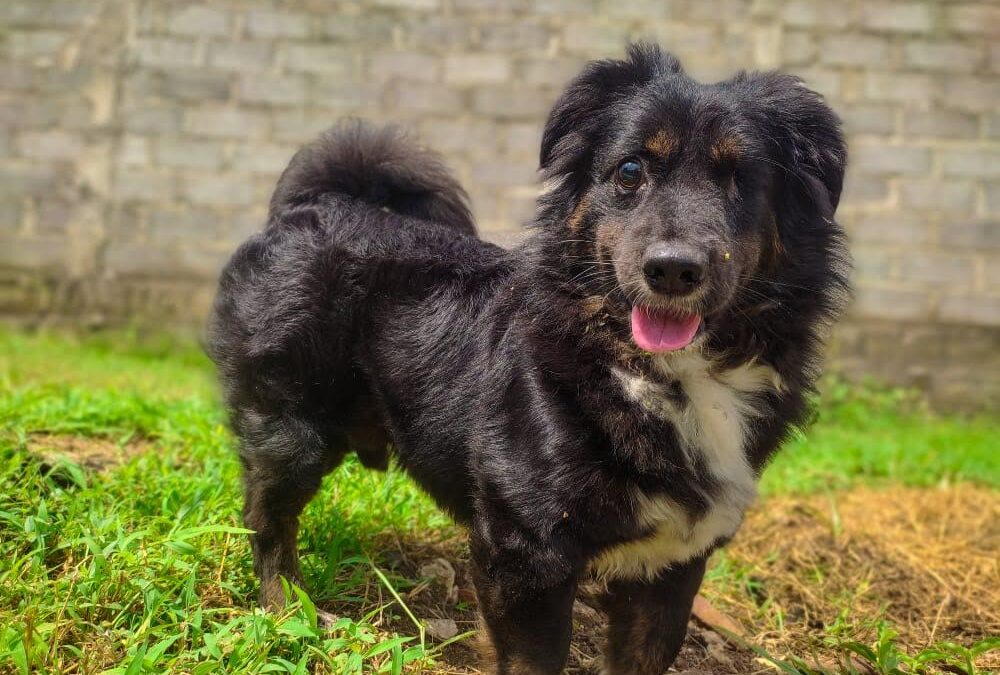 Bobby reached Alison via social media where he was reported to have been severely beaten with a plank of wood across his head/face for no reason.

He was immediately rushed to the clinic where he was critical in the first week, having slipped into a coma for 3 days & requiring oxygen along with treatment to stop the severe swelling in his brain.

After 3 days, Bobby was ravenous but could only receive liquid meals because he still couldn’t chew. His left eye was swollen to the point it was ready to pop while his right eye was also suffering trauma. It was touch & go for this little guy for the week however, after much love, care & treatment, he started to slowly pull through.

Bobby needed to be stabilized before having surgery to remove his swollen eye but from the turning point of his recovery, he healed in leaps & bounds. For the trauma that Bobby has been through, he never lost his trust in humans & although he struggled for the first few days, he slowly began to understand we were there to guide him through his adaptation to being 100% blind.

Alison brought Bobby home with her for his treatment & rehabilitation & is amazed at how well Bobby has done.

Alison tried to get justice for Bobby however, his reporters were not cooperative & refused to give the real details of what happened. They said he was a street dog they used to feed however, Bobby without a doubt was an owned dog & his owners were covering up because they didn’t want anyone to get in trouble.  His suspected owner actually reached out to Alison at a later stage requesting to meet Bobby to which she refused.

Bobby is currently in process to his adoptive home in the US.