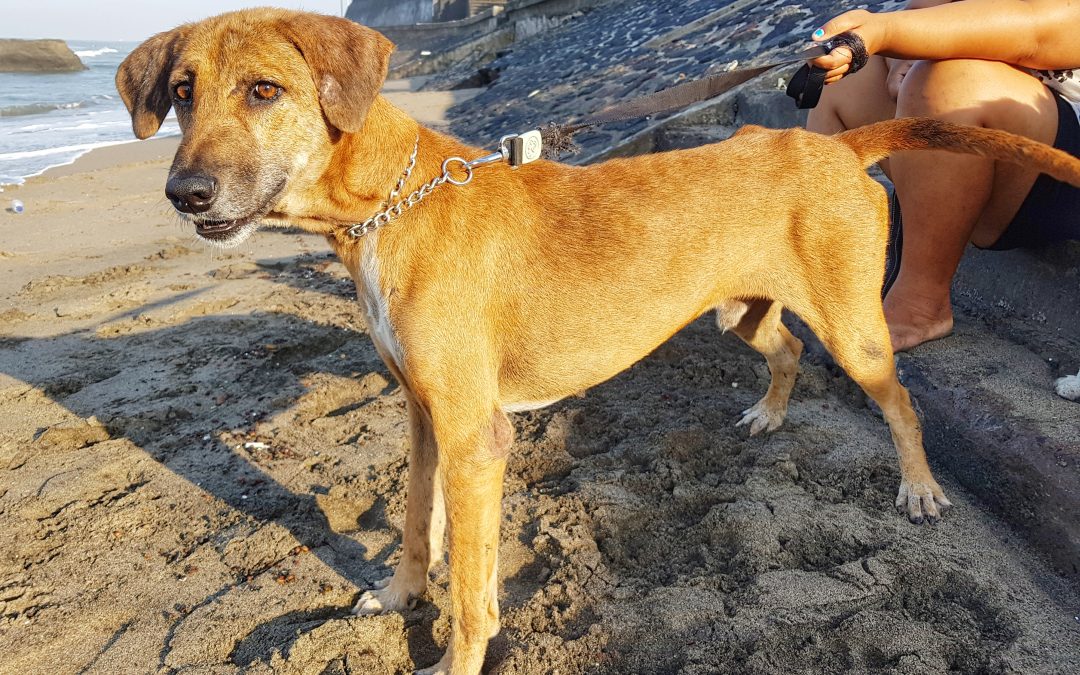 Mid July 2018 I came across a pitiful sight lying, almost hidden amongst the long grass blades on the side of the road.

There, laid an emancipated dog with a chronic skin condition, too weak to move. When we stopped on the bike next to him, all he could do was raise his head slightlyt o have a look at who was near him before laying his weary head back down again.

After five failed attempts over the course of just over a month, he was finally rescued.

Doby, although weak, was petrified of humans. I had witnessed humans being cruel towards him on his official day of rescue. They threw bricks at him because he was trying to get away from us & was running too close to them. The couple of times previously when we nearly rescued him, all he could do was cry out pathetically. Even when bricks were thrown at him, he cried out in confusion at why humans were being so cruiel towards him.

Doby refused to eat any food laid out for him. He refused to be near any humans. The only way to catch him was to corner him off with my car & somebody else jump out of the car with a sheet & throw it over him. Only then did he surrender & allowed himself to be carried into the car completely covered. It took him a week to come around & realise nobody was going to hurt him again. It was near impossible to rescue Doby however his rescue was pushed into instant urgency when one day, on the way to attempt to rescue Doby, I sighted animal husbandry right beside me on the road. They were doing their rounds of “rabies vaccinations” however, they’ve also been known to cull dogs at the same time. I knew Doby’s fate straight away & on that very day, 30 minutes later, Doby was in the back of my car & he would never look back again. I decided a little bit of trauma would have to suffice to change the rest of his senior life. 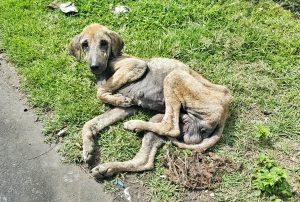 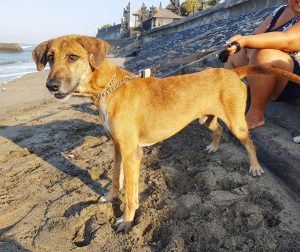 Doby was onced an owned dog. His colours match with those of a ceremony dog however, for some reason he managed to escape that particular fate. Doby is apparently over 13 years old & is a mixed breed, Bali Dog. What breed, I’m not sure however he’s larger than the average sized Bali Dog.

Doby will remain in my care until his last breath. Unfortunately he’s too old to be transported out of Bali & the chances of him finding a forever home in Bali for the remainder of his senior years is slim. Not impossible, but slim.

These days, Doby lives as a sponsored dog & spends his days lazing in the sun or on the cool tiles, getting himself into trouble ocassionally when he bosses the younger dogs around. I often see his playful side which is super sweet & just smile when I think back to the day I first laid eyes on him to how he is today.